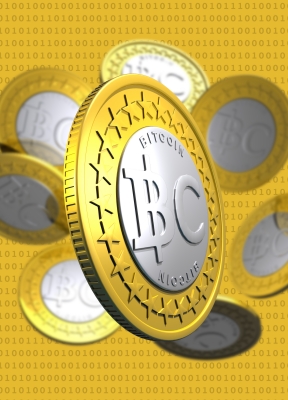 United Way Worldwide (UWW) is now accepting bitcoins making it one of the largest nonprofit organizations to join the world of digital-currency fundraising.  The donation of bitcoins will go to their new Innovation Fund which will support new approaches to efforts in education, health, and other areas.  United Way Worldwide joins organizations like Electronic Frontier Foundation (EFF) as one of the growing number of nonprofits to accept donations in bitcoins.  There is also the BitGive Foundation, a Bitcoin startup partnering with nonprofits to raise money in the world of digital currency.  BitGive Foundation is the first Bitcoin organization to be designated a 501(c)(3) nonprofit by the IRS.

Bitcoin is described as a new payment system and a completely digital form of money which some have compared to a PayPal account.  It is the most high profile of a generic group of “cryptocurrencies”, a form of money that uses cryptography to control its creation and transactions.  It operates free from any government monetary authority, such as the United States Treasury or the Bank of England.  Bitcoins can be converted to pounds or dollars at the exchange rate of the day in the same way an online bank or exchange bureau changes foreign currency.

The digital currency was launched in 2009 and has escalated in popularity as quickly as it has in controversy.  Part of the concern is the lack of consumer protections.  Unlike credit cards, any fees are paid by the purchaser rather than the vendor and Bitcoins can be stolen with no guarantee of chargebacks.  In 2013 a bitcoin exchange in Japan crashed due to the currency’s volatility.  850,000 bitcoins valued at $450 million had gone missing and 650,000 of them are still unaccounted for with no explanation as to how they disappeared.  Though this incident hasn’t prevented organizations from accepting bitcoins, it has motivated them to convert the currency into cash right away.

Coinbase is a digital wallet platform used by over 1.6 million consumers, 36,000 merchants, and 6,000 developers worldwide.  United Way Worldwide will accept donations to the Innovation Fund directly from a donor’s digital wallet via desktop or a smartphone without any transaction fees.  The partnership with Coinbase comes a few weeks after the company announced it would waive all exchange fees for registered 501(c)(3) organizations.
Despite the hesitations, Bitcoins may turn out to be making their own contributions to international philanthropy because there is no difference in costs when sending them to other countries.  There are already a handful of international charities beginning to jump on board.