"I Want My Donation Back" 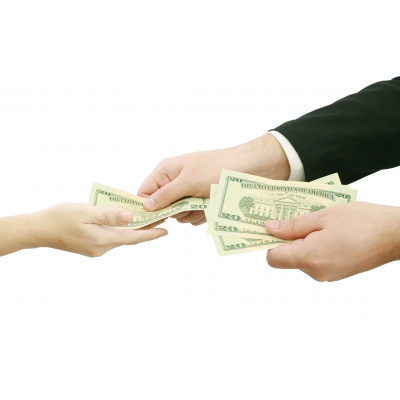 The Wall Street Journal has reported that more and more donors are asking for refunds on their donations or are not fulfilling their donation pledges.  The reason for this increasing demand is that donors feel charities are misusing their funds, ignoring their wishes, or spending money in ways that have strayed from their stated mission, which was the donor’s initial reason for giving.
Partly responsible for this is the ease at which donors are now able to monitor the spending of a charity.  Financial data is available all over the internet now whereas the donor used to only be able to rely on what the charity stated.  It takes very little research to find out how any charity uses their contributions and as of late there has been a series of high profile court cases featuring donors and their heirs demanding gift returns.  Donors are becoming more engaged in finding out how their money is being used.
The Journal reports a recommendation that a donor might consider drafting a charitable gift agreement to protect their right to a refund.  This agreement should include a “gift over” clause that permits the donor to request a transfer of the gift to another charity in the event of its misuse.  These agreements would also give donors the right to sue in order to enforce the terms of the gift.  Donors should, however be aware of some consequences to the demand of a gift refund including the loss of a charitable tax deduction and possibly having to pay taxes on the gift at an increased marginal rate.
An unhappy donor will not be a repeat donor and charities want to avoid situations which may result in one.  After all, it is easier to obtain a second gift than it is an initial one.  Maintaining good donor relations is key and is the responsibility of the charity so it is important that the officers have a clear understanding of how their organization accounts for restricted gifts and how they are likely to use these gifts.
The best time for the donor and the charity to confirm that they are on the same page in regards to the gift is before the transfer of the gift (or gift-in-kind) so as not to have to rely on a court to settle the dispute later on.  And the first thing a donor should always do is look into the charity’s financial spending habits before making a decision to give.  Though there are many organizations out there with poor intentions, there are also many that provide help and hope in some truly amazing ways to those in need and those are the organizations that deserve our kindness in gifts.
(Compiled from “Unhappy Donors More Willing to Ask for a ‘Refund’”, Philanthropy News Digest and “The Reverse Ask Nightmare: ‘On Second Thought, Can I Have My Money Back?’”, Frank A. Monti, Inside Philanthropy)