The Fine Lines of Online Fundraising 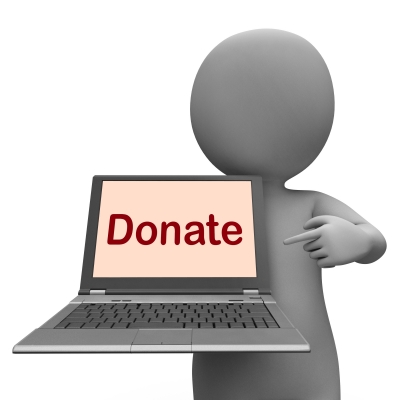 The internet has sure been a big help to nonprofit organizations.  Anyone in any state can find an organization, be informed about their mission and the progress they’ve made, get to know the people who run the organization, read touching stories about those who have been helped by the organization, and can even make a donation to the organization all using the internet.  But does having a “Donate Here” button on your website constitute as fundraising?  If that is your only form of fundraising do you need to register nationwide?

The internet can be viewed not only across the country but across the world which makes your organization subject to many jurisdictions that regulate fundraising activity.  If you provide opportunities for online fundraising and your web site can be viewed by citizens of a particular state or even country, as a general rule you are considered to be operating there and soliciting funds.

Approximately 40 states require nonprofit organizations to register when engaged in solicitations within the state.  Most of the charitable solicitation statutes were written prior to the internet’s development and refer to more traditional forms of solicitation: phone calls to citizens in a state, fundraising events, or direct mail pieces.  The evolvement of online activities has skewed the line of when a solicitation in a state is actually taking place.  The National Association of State Charity Officials (NASCO) developed the "Charleston Principles" in an effort to form helpful guidelines for determining if charitable solicitations via the internet should require charitable registration in a state.

1. An entity that is not domiciled within a state must register in accordance with the law of that state if:

a. Its non-Internet activities alone would be sufficient to require registration;

b. (1) The entity solicits contributions through an interactive Web site; and

i. Specifically targets persons physically located in the state for solicitation, or

ii. Receives contributions from the state on a repeated and ongoing basis or a substantial basis through its Web site.; or

c. (1) The entity solicits contributions through a site that is not interactive, but either specifically invites further offline activity to complete a contribution, or establishes other contacts with that state, such as sending e-mail messages or other communications that promote the Web site; and

Not every state has adopted the Charleston Principles and will require registration for any online activity through which a donation can be made.  And even though the Charleston Principles may provide a useful guideline, what happens when a donation is received through this internet venue?  Generally there is almost always some form of follow-up e-mail or letter (perhaps a “thank you” for the recent donation and an invitation to donate again in the future).  This follow-up action targets a citizen of that state and, therefore, will require registration.

Large charities generally find that when increasing fundraising efforts it is more effective to register in all 40 states as opposed to having to constantly re-evaluate income received from various states and the solicitations taking place in those states.  In addition to law firms, there are a number of third-party companies (such as Charity Compliance Solutions, Inc.) that can perform nationwide registrations and annual renewals on a cost-efficient basis if the organization does not want to take on the registration in-house.

It is important to learn as much as you can about compliance in jurisdictions where you are most likely to raise funds.  Check with legal counsel as to language that can be included for online fundraising that opts out of accepting or soliciting gifts from specific areas where you may not be registered.  If you are ever in doubt it’s best to use safe practices and get registered.

For more information about the Charleston Principles visit the Resources & Tools section of the Charity Compliance Solutions, Inc. website.